It is a sign of a creeping inner death when we no longer can praise the living.

Our credulity is greatest concerning the things we know least about.

People who bite the hand that feeds them usually lick the boot that kicks them.

Unless a man has talents to make something of himself, freedom is an irksome burden. Of what avail is freedom to choose if the self be ineffectual? We join a mass movement to escape individual responsibility, or, in the words of the ardent young Nazi, “to be free from freedom.”

There is no loneliness greater than the loneliness of a failure. The failure is a stranger in his own house.

The game of history is usually played by the best and the worst over the heads of the majority in the middle.

One wonders whether a generation that demands instant satisfaction of all its needs and instant solution of the world’s problems will produce anything of lasting value. Such a generation, even when equipped with the most modern technology, will be essentially primitive – it will stand in awe of nature, and submit to the tutelage of medicine men.

Fear comes from uncertainty. When we are absolutely certain, whether of our worth or worthlessness, we are almost impervious to fear. Thus a feeling of utter unworthiness can be a source of courage.

The search for happiness is one of the chief sources of unhappiness.

Compassion is the antitoxin of the soul: where there is compassion even the most poisonous impulses remain relatively harmless.

The sick in soul insist that it is humanity that is sick, and they are the surgeons to operate on it. They want to turn the world into a sickroom. And once they get humanity strapped to the operating table, they operate on it with an ax.

Kindness can become its own motive. We are made kind by being kind.

“A just society must strive with all its might to right wrongs even if righting wrongs is a highly perilous undertaking. But if it is to survive, a just society must be strong and resolute enough to deal swiftly and relentlessly with those who would mistake its good will for weakness.
“

The remarkable thing is that it is the crowded life that is most easily remembered. A life full of turns, achievements, disappointments, surprises, and crises is a life full of landmarks. The empty life has even its few details blurred, and cannot be remembered with certainty.

It is the malady of our age that the young are so busy teaching us that they have no time left to learn.

The chemistry of dissatisfaction is as the chemistry of some marvelously potent tar. In it are the building stones of explosives, stimulants, poisons, opiates, perfumes and stenches.

There is sublime thieving in all giving. Someone gives us all he has and we are his.

To most of us nothing is so invisible as an unpleasant truth. Though it is held before our eyes, pushed under our noses, rammed down our throats- we know it not.

“Man is eminently a storyteller. His search for a purpose, a cause, an ideal, a mission and the like is largely a search for a plot and a pattern in the development of his life story – a story that is basically without meaning or pattern.
“

“Our passionate preoccupation with the sky, the stars, and a God somewhere in outer space is a homing impulse. We are drawn back to where we came from.
“

It almost seems that nobody can hate America as much as native Americans. America needs new immigrants to love and cherish it. 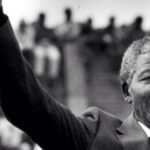 30 Nelson Mandela Quotes That Will Transform Your Life