Paris the Capital of France has almost 11 million persons and is considered as one of Europe’s largest metropolitan areas. Known as the City of Light, Paris has been praised and sung for its architecture, museums, cathedrals, shopping areas, cafés, and its monuments and without forgetting its boulevards. It is also a place of creativity, fashions, art and intellectuality which attracted a lot of writers and thinkers who went on to stay there.

Many famous writers have written extensively about Paris, either as a destination place such as Henry James who stated that it is the greatest temple:

Paris is the greatest temple ever built to material joys and the lust of the eyes.

Or by Honoré de Balzac who in the novel – Le Père Goriot – turns Paris as one of the main character and describes its virtues and vices succinctly:

At Goriot’s death, Rastignac is among the few who attend his funeral, and from the heights of Père Lachaise cemetery he looks down on the French capital and makes his famous proclamation “À nous deux, maintenant!”

Thanks to its openness to culture and creativity, Paris was considered as the cultural capital of the West. Hence, it attracted a lot of writers who moved there in order to be part of the intellectual life.

If you are lucky enough to have lived in Paris as a young man, then wherever you go for the rest of your life, it stays with you, for Paris is a moveable feast. – Ernest Hemingway

America is my country and Paris is my hometown. – Gertrude Stein

You can’t escape the past in Paris, and yet what’s so wonderful about it is that the past and present intermingle so intangibly that it doesn’t seem to burden. – Allen Ginsberg

Every city has a sex and an age which have nothing to do with demography. Rome is feminine. So is Odessa. London is a teenager, an urchin, and this hasn’t changed since the time of Dickens. Paris, I believe, is a man in his twenties in love with an older woman. – John Berger

In Paris everybody wants to be an actor; nobody is content to be a spectator. – Jean Cocteau

Whoever does not visit Paris regularly will never really be elegant. – Honoré de Balzac

I like Paris because I find something here, something of integrity, which I seem to have strangely lost in my own country. It is simplest of all to say that I like to live among people and surroundings where I am not always conscious of ‘thou shalt not.’ I am colored, and wish to be known as colored, but sometimes I feel that my growth as a writer has been hampered in my own country. And so–but only temporarily–I have fled from it. – Jessie Fauset

To have come on all this new world of writing, with time to read in a city like Paris where there was a way of living well and working, no matter how poor you were, was like having a great treasure given to you. – Ernest Hemingway

Paris is a city where even the most outrageous story of incest and murder is greeted with a verbal shrug: ‘Mais c’est normal!’ – Edmund White

A walk about Paris will provide lessons in history, beauty, and in the point of Life. – Thomas Jefferson

The first thing that strikes a visitor to Paris is a taxi. – Fred Allen

The best of America drifts to Paris. The American in Paris is the best American. It is more fun for an intelligent person to live in an intelligent country. France has the only two things toward which we drift as we grow older—intelligence and good manners. – F. Scott Fitzgerald

Cities have sexes: London is a man, Paris a woman, and New York a well-adjusted transsexual. – Angela Carter

They say that when good Americans die they go to Paris. – Oscar Wilde

To err is human. To loaf is Parisian. – Victor Hugo

There is an atmosphere of spiritual effort here. No other city is quite like it. I wake early, often at 5 o’clock, and start writing at once. – James Joyce

When spring comes to Paris the humblest mortal alive must feel that he dwells in paradise. – Henry Miller

Yes, it was too late, and Sabina knew she would leave Paris, move on, and on again, because were she to die here they would cover her up with a stone, and in the mind of a woman for whom no place is home the thought of an end to all flight is unbearable. – Milan Kundera

What an immense impression Paris made upon me. It is the most extraordinary place in the world! – Charles Dickens 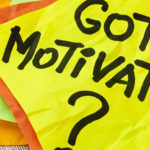 A Collection of Quotes To Motivate Yourself 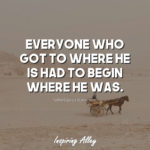 Quotes: Exploring the wonders of the world Through Travel