Change could cause a lot of discomfort into the life of an individual. It could be associated with relocation to a distant country or perhaps connected with a new job description. On the other hand, the real change always comes from within. We’re confronted with alterations of everyday life routine which requires a new approach to an entire concept.

Change leads to the accumulation of stress because it’s hard to get rid of long-term habits which provided comfort and stability for a long time. On the other hand, it’s the best way to expand your view and make a deeper insight into one’s abilities. We could improve our lives just by accepting the change as a vital part of life. Having this in mind, we’ve constructed a list of important quotes which might convince you to take a step forward and change your ways.

It’s difficult to make a choice between two different options because you can never know where a single decision might lead you. Sometimes it’s easy to follow the old paved path which seems so familiar and safe. On the other hand, the second winding road might transform you into a stronger and happier individual.

When we are no longer able to change a situation – we are challenged to change ourselves. – Viktor E. Frankl

Sometimes we’re simply forced to make a change which could extend beyond our initial intentions. Problems are inevitable, so it’s crucial to keep an open mind. Viktor Frankl saw the worst of life during the period of imprisonment in a concentration camp during World War II, but he still managed to rediscover love, trust and beauty after his release using the power of his mind and the massive will to make a change.

Just when I think I have learned the way to live, life changes. – Hugh Prather

Either you like it or not, you can’t disregard the fact that change is going to come your way. Life will constantly test your ability to adapt to various lifestyle routines.  Holding onto a habit will eventually leave you empty-handed because things usually change in a matter of minutes. Don’t be discouraged if you get wiped off your usual groove and try to reinvent yourself for one more time.

Man cannot discover new oceans unless he has the courage to lose sight of the shore. – Andre Gide

Certain decisions really look like choices made by a madman. Changing an entire life is a risky and potentially harmful step, but it’s also a gate to new undiscovered areas of existence and unbelievable experiences.

This is a strong quote about change for many reasons. Everything will pass – all the good days as well as all the bad periods. We need to perceive happiness and sadness as different stages of imminent changing process in life. 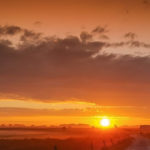 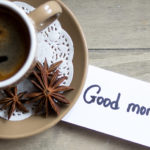