Advertising is a valuable economic factor because it is the cheapest way of selling goods, particularly if the goods are worthless.

If an ad campaign is built around a weak idea – or as is so often the case, no idea at all – I don’t give a damn how good the execution is, it’s going to fail.

It is the unrelenting, oppressive pressure to be imaginative that is responsible for most bad advertising. It causes people to suspend judgment, to lose sight of priorities, and to forget what they’re supposed to be doing.

Advertising is the greatest art form of the twentieth century.

Advertising is the art of convincing people to spend money they don’t have for something they don’t need.

There is no such thing as a Mass Mind. The Mass Audience is made up of individuals, and good advertising is written always from one person to another. When it is aimed at millions it rarely moves anyone.

If you use your money to create exceptional products and services, you won’t need to spend it on advertising.

Give them quality. That’s the best kind of advertising.

Good advertising does not just circulate information. It penetrates the public mind with desires and belief.

Asked about the power of advertising in research surveys, most agree that it works, but not on them.

An advertising agency is 85 percent confusion and 15 percent commission.

The most truthful part of a newspaper is the advertisements.

What really decides consumers to buy or not to buy is the content of your advertising, not its form.

Advertising is only evil when it advertises evil things.

The philosophy behind much advertising is based on the old observation that every man is really two men – the man he is and the man he wants to be.

Many a small thing has been made large by the right kind of advertising.

Living in an age of advertisement, we are perpetually disillusioned.

Next to Christianity, advertising is the greatest force in the world. And I say that without sacrilege or disrespect. Advertising makes people discontented. It makes them want things they don’t have. Without discontent, there is no progress, no achievement.

We grew up founding our dreams on the infinite promise of American advertising. I still believe that one can learn to play the piano by mail and that mud will give you a perfect complexion.

You can tell the ideals of a nation by its advertisements.

Advertisements are now so numerous that they are very negligently perused, and it is therefore become necessary to gain attention by magnificence of promises and by eloquence sometimes sublime and sometimes pathetick.

The headline is the most important element of an ad. It must offer a promise to the reader of a believable benefit. And it must be phrased in a way to make it memorable.

The trade of advertising is now so near perfection that it is not easy to propose any improvement. But as every art ought to be exercised in due subordination to the public good, I cannot but propose it as a moral question to these masters of the public ear, whether they do not sometimes play too wantonly with our passions.

The time has come when advertising in some hands has reached the status of a science. 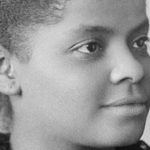 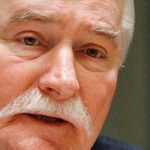