Absurdity. A statement or belief manifestly inconsistent with one’s own opinion.

I only believe in fire. Life. Fire. Being myself on fire I set others on fire. Never death. Fire and life. Les Jeux.

Shyness has a strange element of narcissism, a belief that how we look, how we perform, is truly important to other people.

No one has the right to destroy another person’s belief by demanding empirical evidence.

America’s greatest strength, and its greatest weakness, is our belief in second chances, our belief that we can always start over, that things can be made better.

Man is a credulous animal, and must believe something in the absence of good grounds for belief, he will be satisfied with bad ones.

Man is made by his belief. As he believes, so he is.

Faith is not belief without proof, but trust without reservation.

Believe it can be done. When you believe something can be done, really believe, your mind will find the ways to do it. Believing a solution paves the way to solution.

A belief which does not spring from a conviction in the emotions is no belief at all.

The thing always happens that you really believe in and the belief in a thing makes it happen.

The brute necessity of believing something so long as life lasts does not justify any belief in particular.

I would rather have a mind opened by wonder than one closed by belief.

You know that being an American is more than a matter of where your parents came from. It is a belief that all men are created free and equal and that everyone deserves an even break.

Nothing so fortifies a friendship as a belief on the part of one friend that he is superior to the other.

It is important that students bring a certain ragamuffin, barefoot, irreverence to their studies; they are not here to worship what is known, but to question it.

Be not afraid of life. Believe that life IS worth living and your belief will help create the fact.

The belief in a supernatural source of evil is not necessary men alone are quite capable of every wickedness.

America has believed that in differentiation, not in uniformity, lies the path of progress. It acted on this belief it has advanced human happiness, and it has prospered.

Another belief of mine that everyone else my age is an adult, whereas I am merely in disguise.

The final delusion is the belief that one has lost all delusion.

The belief that there is only one truth and that oneself is in possession of it seems to me the deepest root of all evil that is in the world.

If I have the belief that I can do it, I shall surely acquire the capacity to do it even if I may not have it at the beginning.

My generation, faced as it grew with a choice between religious belief and existential despair, chose marijuana. Now we are in our Cabernet stage.

Do continue to believe that with your feeling and your work you are taking part in the greatest the more strongly you cultivate this belief, the more will reality and the world go forth from it.

Belief consists in accepting the affirmations of the soul unbelief, in denying them.

Live by what you believe so fully that your life blossoms, or else purge the fear-and-guilt producing beliefs from your life. When people believe one thing and do something else, they are inviting misery. If you give yourself the name, play the game. When you believe something you don’t follow with your heart, intellect, and body, it hurts. Don’t do that to yourself. Live your belief, or let that belief go. If you are not actively living a belief, it’s not really your belief, anyway.

It has long been my belief that in times of great stress, such as a 4-day vacation, the thin veneer of family wears off almost at once, and we are revealed in our true personalities.

My belief is that to have no wants is divine.

Twentieth-century art may start with nothing, but it flourishes by virtue of its belief in itself, in the possibility of control over what seems essentially uncontrollable, in the coherence of the inchoate, and in its ability to create its own values.

He does not believe, that does not live according to his belief.

Man is fed with fables through life, and leaves it in the belief he knows something of what has been passing, when in truth he has known nothing but what has passed under his own eye.

Imagination grows by exercise and contrary to common belief is more powerful in the mature than in the young.

Our belief at the beginning of a doubtful undertaking is the one thing that assures the successful outcome of any venture. 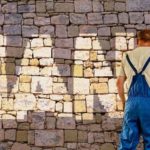 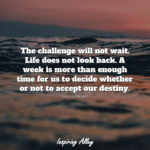 April 25 Quote of the day