Life belongs to the living, and he who lives must be prepared for changes.

Change comes not from men and women changing their minds, but from the change from one generation to the next.

None of us knows what the next change is going to be, what unexpected opportunity is just around the corner, waiting a few months or a few years to change all the tenor of our lives.

If you want truly to understand something, try to change it.

You must be the change you wish to see in the world.

Things don’t change, but by and by our wishes change.

Loss is nothing else but change, and change is Nature’s delight.

We are chameleons, and our partialities and prejudices change place with an easy and blessed facility, and we are soon wonted to the change and happy in it.

Bebop was about change, about evolution. It wasn’t about standing still and becoming safe. If anybody wants to keep creating they have to be about change.

All things change, nothing perishes.

We must change in order to survive.

I don’t need a friend who changes when I change and who nods when I nod; my shadow does that much better.

I have always argued that change becomes stressful and overwhelming only when you’ve lost any sense of the constancy of your life. You need firm ground to stand on. From there, you can deal with that change.

Change is inevitable – except from a vending machine.

Few men are willing to brave the disapproval of their fellows, the censure of their colleagues, the wrath of their society. Moral courage is a rarer commodity than bravery in battle or great intelligence. Yet it is the one essential, vital quality for those who seek to change a world which yields most painfully to change.

A fanatic is one who can’t change his mind and won’t change the subject.

Everyone hates change because change brings the unknown.

There is a certain relief in change, even though it be from bad to worse! As I have often found in travelling in a stagecoach, that it is often a comfort to shift one’s position, and be bruised in a new place. 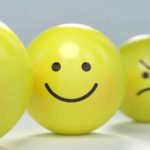 Character Quotes To Inspire You

Belief Quotes To Inspire You