A wise girl kisses but doesn’t love, listens but doesnt believe, and leaves before she is left.

A woman can’t be alone. She needs a man. A man and a woman support and strengthen each other. She just can’t do it by herself.

Acting isn’t something you do. Instead of doing it, it occurs. If you’re going to start with logic, you might as well give up. You can have conscious preparation, but you have unconscious results.

At twelve I looked like a girl of seventeen. My body was developed and shapely. But no one knew this but me. I still wore the blue dress and the blouse the orphanage provided. They made me look like an overgrown lummox.

Marilyn Monroe on marriage and sex

Being a sex symbol is a heavy load to carry, especially when one is tired, hurt and bewildered.

Everyone’s just laughing at me. I hate it. Big breasts, big ass, big deal. Can’t I be anything else? Gee, how long can you be sexy?

Hollywood is a place where they’ll pay you a thousand dollars for a kiss and fifty cents for your soul.

I always felt insecure and in the way, but most of all I felt scared. I guess I wanted love more than anything else in the world.

I am not just an actress who appears at a studio just for the purpose fo the discipline. This doe snot have anything to do with art.

I believe that everything happens for a reason. People change so that you can learn to let go, things go wrong so that you appreciate them when they’re right, you believe lies so you eventually learn to trust no one but yourself, and sometimes good things fall apart so better things can fall together.

I don’t mind living in a man’s world, as long as I can be a woman in it.

Marilyn Monroe on living in a man’s world

I don’t forgive people because I’m weak, I forgive them because I am strong enough to know people make mistakes.

I don’t know who invented high heels, but all women owe him a lot.

I took her as a serious actress before I ever met her. I think she’s an a great comedienne, but I also think that she might turn into the greatest tragic actress that can be imagined.

I used to think as I looked at the Hollywood night, ‘there must be thousands of girls sitting alone like me, dreaming of becoming a movie star. But I’m not going to worry about them. I’m dreaming the hardest.’

Marilyn Monroe on Dreams and Hollywood

I want to grow old without facelifts. I want to have the courage to be loyal to the face I’ve made. Sometimes I think it would be easier to avoid old age, to die young, but then you’d never complete your life, would you? You’d never wholly know.

I watched the faces of the listeners when the minister would cry out how much God loved them and how much they needed to set themselves right with God. They were faces without any argument in them, just tired faces that were glad to hear Somebody loved them.

Marilyn Monroe on love and god

If I play a stupid girl and ask a stupid question I’ve got to follow it through. What am I supposed to do – look intelligent?

I’m selfish, impatient and a little insecure. I make mistakes, I am out of control and at times hard to handle. But if you can’t handle me at my worst, then you sure as hell don’t deserve me at my best.

Imperfection is beauty. Madness is genius and it is better to be absolutely ridiculous then absolutly boring.

It’s better for the whole world to know you, even as a sex star, than never to be known at all.

It’s better to be unhappy alone than unhappy with someone.

It’s often just enough to be with someone. I don’t need to touch them. Not even talk. A feeling passes between you both. You’re not alone.

Marilyn Monroe on being with someone

I’ve been on a calendar, but I’ve never been on time.

Marilyn Monroe on been on time

Marilyn’s need to be desired was so great that she could make love to a camera. Because of this, her lust aroused lust in audiences, sometimes even among women. There was nothing subtle about it. She was no tease. She was prepared, and even eager, to give what she offered.

Men who think that a woman’s past love affairs lessen her love for them are usually stupid and weak. A woman can bring a new love to each man she loves, providing there are not too many.

Marilyn Monroe on a woman’s past love affairs

My marriage brought me neither happiness nor pain. My husband and I hardly spoke to each other. This wasn’t because we were angry. We had nothing to say.

Marilyn Monroe on her marriage

No one ever told me I was pretty when I was a little girl. All little girls should be told they’re pretty, even if they aren’t.

Only the public can make a star. It’s the studios who try to make a system out of it.

People ask me if I am going on making cheesecake pictures now that I’m a star. My answer is that as long as there is a boy in Korea who wants a pinup of me, I’ll go on posing for them.

She represents to man something we all want in our unfulfilled dreams. She’s the girl you’d like to double-cross your wife with. A man, he’s got to be dead not to be excited by her.

She seemed to have a kind of unconscious glow about her physical self that was innocent, like a child. When she posed nude, it was ‘Gee, I arn kind of, you know, sort of dishy,’ like she enjoyed it without being egotistical.

Some of those bastards in Hollywood wanted me to drop Arthur. Said it would ruin my career. They’re born cowards and want you to be like them. One reason I want to see Kennedy win is that Nixon’s associated with that whole scene.

Success makes so many people hate you. I wish it wasn’t that way. It would be wonderful to enjoy success without seeing envy in the eyes of those around you.

Marilyn Monroe on Success and Envy

The most unsatisfactory men are those who pride themselves on their virility and regard sex as if it were some form of athletics at which you win cups. It is a woman’s spirit and mood a man has to stimulate in order to make sex interesting. The real lover is the man who can thrill you just by touching your head or smiling into your eyes or by just staring into space.

The nicest thing for me is sleep, then at least I can dream.

The public doesn’t mind people living together without being married, providing they don’t overdo it.

Marilyn Monroe on living together

This industry should behave like a mother whose child has just run out in front of a car. But instead of clasping the child to them, they start punishing the child. Like you don’t dare get a cold – how dare you get a cold! I mean, the executives can get colds and stay home forever and phone it in, but how dare you, the actor, get a cold or a virus. You know, no one feels worse than the one who’s sick. I sometimes wish, gee, I wish they had to act a comedy with a temperature and a virus infection.

Marilyn Monroe on the Film industry

This whole thing about her feeling she has to get married and have children and be normal and well adjusted-I blame it on psychoanalysis.

Marilyn Monroe on Chanel No.5 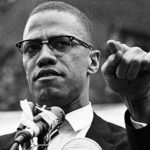 Malcolm X Quotes On Rightness vs Wrongness in Society