It is important to live each day with a positive perspective. It is not wise to pretend problems do not exist, but it is wise to look beyond the problem to the possibilities that are in it. When Goliath came against the Israelites, the soldiers all thought, ‘He’s so big, we can never kill him.’ But David looked at the same giant and thought, ‘He’s so big, I can’t miss him.’

Old age comes on suddenly, and not gradually as is thought.

You can’t change who you are, but you can surely make the best of it. And if you’ve got a thought, act on it.

The art of advice is to make the recipient believe he thought the thought of it himself.

Dogmatism does not mean the absence of thought, but the end of thought.

The brain is a wonderful organ; it starts working the moment you get up in the morning and does not stop until you get into the office.

Action is only coarsened thought-thought becomes concrete, obscure, and unconscious.

Seek goodness in others. Love more persons . . . more impersonally, more unselfishly, without thought of return. The return, never fear, will take care of itself.

A sobering thought what if, at this very moment, I am

A film is a petrified fountain of thought.

Thinking: The talking of the soul with itself.

Awareness is not the same as thought. It lies beyond thinking, although it makes no use of thinking, honoring it’s value and it’s power. Awareness is more like a vessel which can hold and contain our thinking, helping us to see and know our thought as thought rather than getting caught up in them as reality.

There are two kinds of failures those who thought and never did, and those who did and never thought.

The free man is he who does not fear to go to the end of his thought.

Minds are like parachutes; they work best when open.

Like everybody who is not in love, he thought one chose the person to be loved after endless deliberations and on the basis of particular qualities or advantages.

Man’s great misfortune is that he has no organ, no kind of eyelid or brake, to mask or block a thought, or all thought, when he wants to.

I thought they’d get one of us, but Jack, after all he’s been through, never worried about it … I thought it would be me.

The thought of being president frightens me. I do not think I want the job.

Language is the dress of thought.

If I had thought about it, I wouldn’t have done the experiment. The literature was full of examples that said you can’t do this.

Our mind is capable of passing beyond the dividing line we have drawn for it. Beyond the pairs of opposites of which the world consists, other, new insights begin.

If any of us had a child that we thought was as bad as we know we are, we would have cause to start to worry.

Thought, like all potent weapons, is exceedingly dangerous if mishandled. Clear thinking is therefore desirable not only in order to develop the full potentialities of the mind, but also to avoid disaster.

No really great man ever thought himself so. 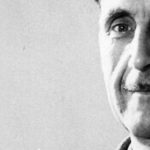 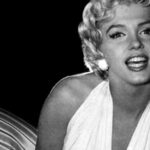