The only cure for love is marriage

I married beneath me, all women do.

Love is often the fruit of marriage.

Marriage is socialism among two people.

Discover These Quotes About Relationship:

Wedding is destiny, And hanging likewise

Marriage is our last, best chance to grow up

Marriage! Nothing else demands so much of a man.

Don’t marry for money; you can borrow it cheaper

More belongs to marriage than four legs in a bed.

There may be good, but there are no pleasant marriages.

Marriage has many pains, but celibacy has no pleasures.

Marriage is one long conversation, checkered by disputes.

There is a time for all things – except marriage my dear.

I don’t see any reason for marriage when there is divorce.

I prepare myself for rehearsals like I would for marriage.

Marriage, a market which has nothing free but the entrance.

We learned a number of skills in our first year of marriage.

Marriage is like pi – natural, irrational, and very important

Marriage must be a relation either of sympathy or of conquest.

A man may be a fool and not know it, but not if he is married.

Marriage is not about age; it’s about finding the right person.

Keep your eyes wide open before marriage, half shut afterwards.

A good marriage would be between a blind wife and a deaf husband.

Married people from my generation are like an endangered species!

Blessed are the hearts that can bend; they shall never be broken.

A man finds himself seven years older the day after his marriage.

Nothing is allowed that could in any way break a strong marriage.

Marriage is good for those who are afraid to sleep alone at night.

A successful marriage is an edifice that must be rebuilt every day.

Don’t marry a man to reform him–that’s what reform schools are for.

The bonds of matrimony are like any other bonds – they mature slowly.

A happy marriage is a long conversation which always seems too short.

Can’t you see that marriage is a fundamentally different institution?

Marriage is a great institution, but I’m not ready for an institution.

Marriage is a bribe to make the housekeeper think she’s a householder.

What is fascinating about marriage is why anyone wants to get married.

Marriage is a bargain, and somebody has to get the worst of the bargain.

It takes two to make a marriage a success and only one to make it a failure.

Many a man in love with a dimple makes the mistake of marrying the whole girl.

Marriage is a wonderful institution…but who wants to live in an institution?

I don’t believe in marriage. It’s bloody impractical to love, honor, and obey.

I have affirmed his strong stands for life, marriage, and candidly, low taxes.

Insurance is like marriage. You pay, pay, pay, and you never get anything back.

Friendship is the marriage of the soul, and this marriage is liable to divorce.

The most important thing for a good marriage is to learn how to argue peaceably.

Next to being married, a girl likes to be crossed in love a little now and then.

Marriage is the torment of one, the felicity of two, the strife and enmity of three.

How marriage ruins a man! It is as demoralizing as cigarettes, and far more expensive.

For some of us, watching a miniseries that lasts longer than most marriages is not easy.

I’ve given my memoirs far more thought than any of my marriages. You can’t divorce a book.

As to marriage or celibacy, let a man take which course he will, he will be sure to repent.

A woman dictates before marriage in order that she may have an appetite for submission afterwards.

A princely marriage is the brilliant edition of a universal fact, and, as such, it rivets mankind.

If there is such a thing as a good marriage, it is because it resembles friendship rather than love.

My wife and I tried to breakfast together, but we had to stop or our marriage would have been wrecked

Marriage is a good deal like a circus: there is not as much in it as is represented in the advertising

Happy marriages begin when we marry the ones we love, and they blossom when we love the ones we marry.

The key to a healthy marriage is to keep your eyes wide open before you wed and half-closed thereafter.

Men say they love independence in a woman, but they don’t waste a second demolishing it brick by brick.

Both marriage and death ought to be welcome: the one promises happiness, doubtless the other assures it

The difficulty with marriage is that we fall in love with a personality, but must live with a character.

It is only in marriage with the world that our ideals can bear fruit: divorced from it, they remain barren

Love is an ideal thing, marriage a real thing; a confusion of the real with the ideal never goes unpunished

Nothing in life is as good as the marriage of true minds between man and woman. As good? It is life itself. ”

Choose your life’s mate carefully. From this one decision will come 90 percent of all your happiness or misery.

Marriage is the alliance of two people, one of whom never remembers birthdays and the other never forgets them.

A good marriage is one which allows for change and growth in the individuals and in the way they express their love.

If people waited to know one another before they married, the world wouldn’t be so grossly over-populated as it is now

A happy home is one in which each spouse grants the possibility that the other may be right, though neither believes it

The problem with marriage is that it ends every night after making love, and it must be rebuilt every morning before breakfast.

I know some good marriages – marriages where both people are just trying to get through their days by helping each other, being good to each other

That a marriage ends is less than ideal; but all things end under heaven, and if temporality is held to be invalidating, then nothing real succeeds. 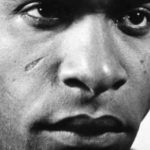 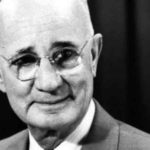