People always call it luck when you’ve acted more sensibly than they have.

You just don’t luck into things as much as you’d like to think you do. You build step by step, whether it’s friendships or opportunities.

I am a strong believer in luck and I find the harder I work the more I have of it.

I’ve found that luck is quite predictable. If you want more luck, take more chances. Be more active. Show up more often.

I am a great believer in luck. The harder I work the more of it I seem to have.

The first day of spring is one thing, and the first spring day is another. The difference between them is sometimes as great as a month. – from Fisherman’s Luck

I believe life is a series of near misses. A lot of what we ascribe to luck is not luck at all. It’s seizing the day and accepting responsibility for your future. It’s seeing what other people don’t see And pursuing that vision.

We must believe in luck. For how else can we explain the success of those we don’t like

I’m hard-nosed about luck. I think it sucks. Yeah, if you spend seven years looking for a job as a copywriter, and then one day somebody gives you a job, you can say, Gee, I was lucky I happened to go up there today. But, dammit, I was going to go up there sooner or later in the next seventy years. If you’re persistent in trying and doing and working, you almost make your own fortune.

True luck consists not in holding the best of the cards at the table luckiest is he who knows just when to rise and go home.

I’ve had enough success for two lifetimes, My success is talent put together with hard work and luck.

Those who have succeeded at anything and don’t mention luck are kidding themselves.

I don’t know anything about luck. I’ve never banked on it, and I’m afraid of people who do. Luck to me is something else hard work and realizing what is opportunity and what isn’t.

Luck is when preparation meets opportunity.

A little government and a little luck are necessary in life, but only a fool trusts either of them.

I think luck is the sense to recognize an opportunity and the ability to take advantage of it… The man who can smile at his breaks and grab his chances gets on.

I look into their eyes, shake their hand, pat their back, and wish them luck, but I am thinking, ‘I am going to bury you.

The fact remains that the overwhelming majority of people who have become wealthy have become so thanks to work they found profoundly absorbing. The long term study of people who eventually became wealthy clearly reveals that their ‘luck’ arose from accidental dedication they had to an arena they enjoyed.

I am a great believer in luck, and I find the harder I work the more I have of it.

I find that the harder I work, the more luck I seem to have.

Perhaps our supercilious disgust with existence is a cover for a secret disgust with ourselves; we have botched and bungled our lives, and we cast the blame upon the environment or the world, which have no tongues to utter a defense. The mature man ac 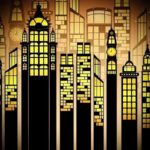