Architecture is the art of how to waste space.

Architecture is the reaching out for the truth.

But the building’s identity resided in the ornament.

Form follows profit is the aesthetic principle of our times.

Not many architects have the luxury to reject significant things.

I don’t divide architecture, landscape and gardening; to me they are one.

My buildings don’t speak in words but by means of their own spaciousness.

I believe that the way people live can be directed a little by architecture.

Architecture starts when you carefully put two bricks together. There it begins.

Nothing requires the architect’s care more than the due proportions of buildings.

I try to give people a different way of looking at their surroundings. That’s art to me.

The frightening thought that what you draw may become a building makes for reasoned lines.

Architecture is the learned game, correct and magnificent, of forms assembled in the light.

Rome has not seen a modern building in more than half a century. It is a city frozen in time.

In any architecture, there is an equity between the pragmatic function and the symbolic function.

At a certain point, I just put the building and the art impulse together. I decided that building was a legitimate way to make sculpture.

No architect troubled to design houses that suited people who were to live in them, because that would have meant building a whole range of different houses. It was far cheaper and, above all, timesaving to make them identical. 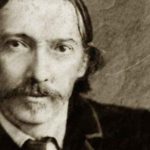 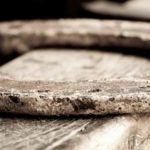