Strength and growth come only through continuous effort and struggle…

There must always be a struggle between a father and son, while one aims at power and the other at independence

Once you fully apprehend the vacuity of a life without struggle, you are equipped with the basic means of salvation.

There is no beauty without passion or love. There is no victory without sacrafice or struggle. The beautiful struggle.

Nature cannot be tricked or cheated. She will give up to you the object of your struggles only after you have paid her price.

I am little concerned with beauty or perfection. I don’t care for the great centuries. All I care about is life, struggle, intensity.

In order to succeed, people need a sense of self-efficacy, struggle together with resilience to meet the inevitable obstacles and inequities of life.

Obstacles are necessary for success because in selling, as in all careers of importance, victory comes only after many struggles and countless defeats.

Revolution is a serious thing, the most serious thing about a revolutionary’s life. When one commits oneself to the struggle, it must be for a lifetime.

In the survival of favoured individuals and races, during the constantly-recurring struggle for existence, we see a powerful and ever-acting form of selection.

The work of many of the greatest men, inspired by duty, has been done amidst suffering and trial and difficulty. They have struggled against the tide, and reached the shore exhausted.

Who knows for what we live, and struggle, and die?… Wise men write many books, in words too hard to understand. But this, the purpose of our lives, the end of all our struggle, is beyond all human wisdom.

If there is no struggle, there is no progress. Those who profess to favor freedom, and deprecate agitation, are men who want crops without plowing up the ground, they want rain without thunder and lightning.

But there is suffering in life, and there are defeats. No one can avoid them. But it’s better to lose some of the battles in the struggles for your dreams than to be defeated without ever knowing what you’re fighting for.

From one Soul of the Universe are all Souls derived. . .Of these Souls there are many changes, some into a more fortunate estate, and some quite contrary. . .Not all human souls but only the pious ones are divine. Once separated from the body, and after the struggle to acquire piety, which consists in knowing God and injuring none, such a soul becomes all intelligence. The impious soul, however, punishes itself by seeking a human body to enter into, for no other body can receive a human soul it cannot enter the body of an animal devoid of reason. Divine law preserves the human soul from such infamy. . .The soul passeth from form to form and the mansions of her pilgrimage are manifold. Thou puttest off thy bodies as raiment and as vesture dost thou fold them up. Thou art from old, O Soul of Man yea, thou art from everlasting.

Isn’t it funny how one minute life can be such a struggle, and the next minute you’re just driving real fast, swerving back and forth across the road

Once all struggle is grasped, miracles are possible.

Capitalism needs to function like a game of tug-of-war. Two opposing sides need to continually struggle for dominance, but at no time can either side be permitted to walk away with the rope.

The ultimate determinant in the struggle now going on for the world will not be bombs and rockets but a test of wills and ideas-a trial of spiritual resolve the values we hold, the beliefs we cherish and the ideals to which we are dedicated.

Always remember that striving and struggle precede success, even in the dictionary.

And it will fall out as in a complication of diseases, that by applying a remedy to one sore, you will provoke another; and that which removes the one ill symptom produces others 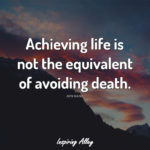 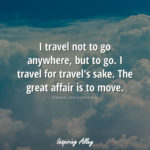