A former journalist at The Economist and the current professor of public policy and economics at Dartmouth University, the author of the Naked Statistics – Charles Wheelan –  masterfully brings together his two backgrounds to produce an insightful introduction to statistical analysis.

Wheelan strips the dreaded subject of its complexity: he limits the use of technical language, focusing instead on providing an intuitive layman explanation of statistical concepts. While the book is meant to be an introductory material on statistics, reading it still requires some basic understanding of the key subject terms.

Wheelan explores such core statistical concepts as mean distribution, regression analysis, standard errors, correlation and causality; he demonstrates how data results could be inadvertently misrepresented through biases; he also shows how unethical parties could intentionally manipulate data analysis in order to gain a certain advantage.

There are plenty of insights one can draw from reading this book.

The everyday life application of statistics is truly boundless, and the book is provides plenty of such examples. By reading this book you can learn how Netflix determines which films you would like to watch, how we can identify schools cheating on standardized tests, why it’s not worth insuring low-cost purchases, as well as why lottery is a true waste of your money.

On a more serious note, the book explains how statistics can help us find out what causes cancer in the absence of experimental data, considering that cancer-causing experiments on human subjects are prohibited. It also lists basic statistical tools that were utilized in a scientific study on autism in children that demonstrated existence of a connection between the young subjects’ brain size and the disease.

As soon as the text becomes a bit too dry or complex, Wheelan sprinkles it with interesting statistical facts, for example, predicting, based on a statistical analysis, that additional thousand people may have died three months after the September 11 attacks because many people, scared by the recent events, stayed away from flying, choosing to drive instead.

Correlational does not necessarily equal causation.

Wheelan introduces regression analysis as a statistical instrument that enables us to separate multiple elements of cause and effect. While identifying causality is an ideal result of regression analysis, most of the time, we do not have sufficient proof that one thing causes another. The only thing we can be sure of based on statistical calculations is that there is a correlation – some relationship between two variables. Both variables could be caused by a third factor or there could be a reversed causation – a reversed relationship between the two variables. This distinction is important because we frequently rush into causal conclusions based on a seeming correlation between several factors, when in fact our perception of their relationship could be quite deceptive, making us base our decision on wrong assumptions.

Our decision-making is constantly being influenced by misrepresented data.

Wheelan shows how our decisions could easily be swayed by manipulated statistical information in such instances like when we are choosing a best-performing physician or most potent vitamins.

For example, politicians manipulate interpretation of data to their electoral advantage all the time: An incumbent claiming that his state’s public schools are in good shape based on the fact that 80 percent of students scored higher than last year, and his challenger insisting the schools are failing, given that 60 percent of schools had lower test scores this year, could both be saying the truth, but the nature of this truth is based on their use of the statistics.

The trick is making sense of it. While statistical tools can provide valuable insights, they can be easily unintentionally misused or even manipulated on purpose to produce favorable results. Having increasingly become passive consumers, we oftentimes unquestionably accept information as credible just because it is based on a supposedly complex statistical analysis. One of the core messages of this book is that we need to become critical consumers of information and simple statistical tools provided in this book can help us with this task. Filled with humor and relatable examples, the book is not just an intelligent but also a fun, engaging read. 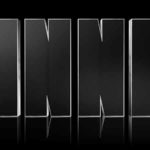 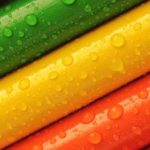