Guts are a combination of confidence, courage, conviction, strength of character, stick-to-itiveness, pugnaciousness, backbone, and intestinal fortitude. They are mandatory for anyone who wants to get to and stay at the top.

The dedicated physician is constantly striving for a balance between personal, human values, scientific realities and the inevitabilities of God’s will.

Your ability to be a winner 100 percent of the time is based upon giving up the notion that losing at anything is equivalent to being a loser.

The art of winning in business is in working hard, not taking things too seriously.

Action is at bottom a swinging and flailing of the arms to regain one’s balance and keep afloat.

Almost every wise saying has an opposite one, no less wise, to balance it.

The man who wins may have been counted out several times, but he didn’t hear the referee.

Toleration is the greatest gift of mind, it requires that same effort of the brain that it takes to balance oneself on a bicycle.

What I dream of is an art of balance, of purity and serenity devoid of troubling or depressing subject matter – a soothing, calming influence on the mind, rather like a good armchair which provides relaxation from physical fatigue.

There are 100 men seeking security to one able man who is willing to risk his fortune.

One has but to observe a community of beavers at work in a stream to understand the loss in his sagacity, balance, cooperation, competence, and purpose which Man has suffered since he rose up on his hind legs…. He began to chatter and he developed Reason, Thought, and Imagination, qualities which would get the smartest group of rabbits or orioles in the world into inextricable trouble overnight.

If you cannot win, make the one ahead of you break the record.

When you win, nothing hurts.

Who overcomes by force, hath overcome but half his foe.

Truly successful decision making relies on a balance between deliberate and instinctive thinking.

The politician is an acrobat he keeps his balance by doing the opposite of what he says.

Only a man who knows what it is like to be defeated can reach down to the bottom of his soul and come up with extra ounce of power it takes to win when the match is even.

I believe that uncertainty is rally my spirit’s way of whispering, I’m in flux. I can’t decide for you. Something is off-balance here.

My serve was there, everything was just clicking. Those are the days you dream about, especially in a final.

Those that know how to win are much more numerous than those who know how to make proper use of their victories.

The most momentous thing in human life is the art of winning the soul to good or to evil.

We are not interested in the possibilities of defeat.

That’s what learning is, after all; not whether we lose the game, but how we lose and how we’ve changed because of it and what we take away from it that we never had before, to apply to other games. Losing, in a curious way, is winning.

So you are lean and mean and resourceful and you continue to walk on the edge of the precipice because over the years you have become fascinated by how close you can walk without losing your balance.

I am not one of those who think that coming in second or third is winning.

Have patience with all things, but chiefly have patience with yourself. Do not lose courage in considering your own imperfections but instantly set about remedying them every day begin the task anew.

Star Trek: The Next Generation

There is no relief at it being over. There is the joy of winning it.

There are only two places in this league: first place and no place.

A well-developed sense of humor is the pole that adds balance to your steps as you walk the tightrope of life.

The prizes go to those who meet emergencies successfully. And the way to meet emergencies is to do each daily task the best we can; to act as though the eye of opportunity were always upon us. In the hundred-yard race the winner doesn’t cross the tape line a dozen strides ahead of the field. He wins by inches. So we find it in ordinary business life. The big things that come our way are seldom the result of long thought or careful planning, but rather they are the fruit of seed planted in the daily routine of our work. 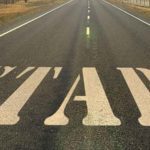 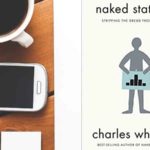 The Naked Statistics By Charles Wheelan