I have a right to my anger, and I don’t want anybody telling me I shouldn’t be, that it’s not nice to be, and that something’s wrong with me because I get angry.

Holding anger is a poison. It eats you from inside. We think that hating is a weapon that attacks the person who harmed us. But hatred is a curved blade. And the harms we do, we do to ourselves.

Anger and intolerance are the enemies of correct understanding.

For every minute you remain angry, you give up sixty seconds of peace of mind.

What starts the process, really, are laughs and slights and snubs when you are a kid. … If your anger is deep enough and strong enough, you learn that you can change those attitudes by excellence, personal gut performance.

Anger is only one letter short of danger.

Look not back in anger, nor forward in fear But around you in awareness.

There was never an angry man that thought his anger unjust.

If we fall, we don’t need self-recrimination or blame or anger – we need a reawakening of our intention and a willingness to recommit, to be whole-hearted once again.

If a small thing has the power to make you angry, does that not indicate something about your size?

Speak the truth, do not yield to anger give, if thou art asked for little by these three steps thou wilt go near the gods.

The great lawyer who employs his talent and his learning in the highly emunerative task of enabling a very wealthy client to override or circumvent the law is doing all that in him lies to encourage the growth in the country of a spirit of dumb anger against all laws and of disbelief in their efficacy.

He who can suppress a moment’s anger may prevent a day of sorrow.

What passing bells for these who die as cattleOnly the monstrous anger of the guns.Only the stuttering rifles’ rapid rattleCan patter out their hasty orisons.

It is wise to direct your anger towards problems — not people to focus your energies on answers — not excuses.

Free from gross passion or of mirth or anger constant in spirit, not swerving with the blood, garnish’d and deck’d in modest compliment, not working with the eye without the ear, and but in purged judgement trusting neither Such and so finely bolted didst thou seem. 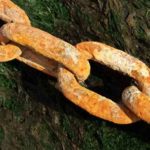 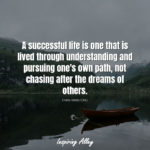 April 9 Quote of the day