All men are born equally free.

Nobody really believes in equality anyway.

All imaginable futures are not equally possible.

I am free of all prejudices. I hate every one equally.

All the people like us are we, and everyone else is They.

Democratic principles are the result of equality of condition.

Coming generations will learn equality from poverty, and love from woes.

As equality increases, so does the number of people struggling for predominance.

More countries have understood that women’s equality is a prerequisite for development.

A woman who thinks she is intelligent demands the same rights as man. An intelligent woman gives up.

I want to organize so that women see ourselves as people who are entitled to power, entitled to leadership.

People are pretty much alike. It’s only that our differences are more susceptible to definition than our similarities.

It is better that some should be unhappy rather than that none should be happy, which would be the case in a general state of equality.

In the 1960s we were fighting to be recognized as equals in the marketplace, in marriage, in education and on the playing field. It was a very exciting, rebellious time.

If any man claims the Negro should be content… let him say he would willingly change the color of his skin and go to live in the Negro section of a large city. Then and only then has he a right to such a claim. 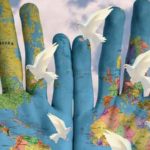 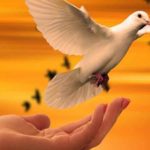