It is much easier to become a father than to be one.

Being a father helps me be more responsible… you see more things than you’ve ever seen.

A dramatic thing, the first time you stand up to your dad.

I love my dad, although I’m definitely critical of him sometimes, like when his pants are too tight. But I love him so much and I try to be really supportive of him.

My father was something of a rainbow-chaser.

No man is responsible for his father. That was entirely his mother’s affair.

A father’s disappointment can be a very powerful tool.

I just wish I could understand my father.

Because of my father, we are that Shining City on a Hill.

I inherited that calm from my father, who was a farmer. You sow, you wait for good or bad weather, you harvest, but working is something you always need to do.

My father taught me how to substitute realities.

So my father was a person who never lied to me. If I had a question, he answered it. I knew a lot of things at a young age because I was intrigued.

Father or stepfather – those are just titles to me. They don’t mean anything.

I hope I am remembered by my children as a good father.

My father taught me that the only way you can make good at anything is to practice, and then practice some more.

It is easier for a father to have children than for children to have a real father.

Father told me that if I ever met a lady in a dress like yours, I must look her straight in the eyes.

An angry father is most cruel towards himself.

If my father had hugged me even once, I’d be an accountant right now.

I would never have done what I’d done if I’d considered my father as somebody I wanted to please.

I wasn’t anything special as a father. But I loved them and they knew it.

Child-rearing is my main interest now. I’m a hands-on father.

I decided in my life that I would do nothing that did not reflect positively on my father’s life.

My father was the most rational and the most dispassionate of men.

My dad taught me true words you have to use in every relationship. Yes, baby.

I was punished for blowing the whistle on my father’s lifestyle.

Being a father to my family and a husband is to me much more important than what I did in the business.

My father invented a cure for which there was no disease and unfortunately my mother caught it and died of it.

Being a father, being a friend, those are the things that make me feel successful.

It is a wise father that knows his own child.

The child is father of the man. 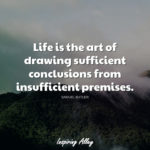 April 22 Quote of the day 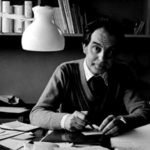