All progress has resulted from people who took unpopular positions.

Had there been no difficulties and no thorns in the way, then man would have been in his primitive state and no progress made in civilisation and mental culture.

The world hates change, yet it is the only thing that has brought progress.

The perfecting of one’s self is the fundamental base of all progress and all moral development.

People who make no mistakes lack boldness and the spirit of adventure. They are the brakes on the wheels of progress.

The reason men oppose progress is not that they hate progress, but that they love inertia.

And from the discontent of one man The world’s best progress springs.

The progress of the rivers to the ocean is not so rapid as that of man to error.

Progress is not created by contented people.

Without a struggle, there can be no progress.

The human mind always makes progress, but it is a progress in spirals.

Unquestionably, there is progress. The average American now pays out twice as much in taxes as he formerly got in wages.

All progress occurs because people dare to be different.

Civilization is a progress from an indefinite, incoherent homogeneity toward a definite, coherent heterogeneity.

The power to question is the basis of all human progress.

Nature knows no pause in progress and development, and attaches her curse on all inaction.

Our progress as a nation can be no swifter than our progress in education.

Progress lies not in enhancing what is, but in advancing toward what will be.

I was taught that the way of progress is neither swift nor easy.

I am about to put foward some major ideas they will be heard and pondered. If not all of them please, surely a few will in some sort, then, I shall have contributed to the progress of our age, and shall be content.

It is not strange … to mistake change for progress.

Teach thy tongue to say ‘I do not know’ and thou shalt progress.

There are still some people who think that we have Stalin to thank for all our progress, who quake before Stalin’s dirty underdrawers, who stand at attention and salute them.

Life is a progress, and not a station.

The American sign of civic progress is to tear down the familiar and erect the monstrous.

Is it progress if a cannibal uses a knife and fork

Restlessness and discontent are the first necessities of progress.

Whenever an individual or a business decides that success has been attained, progress stops.

It is impossible to predict the time and progress of revolution. It is governed by its own more or less mysterious laws. 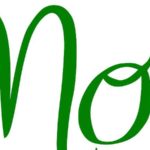 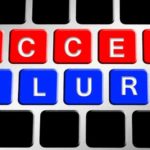 Why failing is an opener for success