Some people would say that we can identify a fighter by looking at his wounds. He’s got a lot of scars on his body, but the expression on his face is letting us know that he’s determined to win. He’s focused and ready to tackle against an opponent in order to prove that he’s a superior character.

Life is filled with ups and downs, good days and bad days, success and failure. It seems like most of the things in life are black and white. That might be true, but every step along the way leads us into a grey-area zone. It’s the place where things come together and prove that everything in life is connected. There’s no sadness without happiness and there’s no future without a past. Having this in mind, it’s logical to conclude that there’s no direct path to success. A road of victory leads across a battlefield.

Failure is a powerful tool and an efficient reminder for an entire lifetime. It’s hard to lose something if you’ve invested your heart and soul in making it possible. It’s a painful experience which may trigger depression and bitterness towards the world. Imagine failing on an important exam which took a lot of your personal time and effort. There’s nothing worse than being second best in a race or at a competition of any kind.

As we’ve already said earlier, a winner is not a person that’s invincible. A winner is a person that’s able to transform failure into a victory. There’s no way that you can succeed in life if you give up after the first set back. Even a rose has its thorn, but that doesn’t make her less beautiful than she really is. Knowing this, we’ve constructed a list of things which prove that failing is the first step on a road to success. 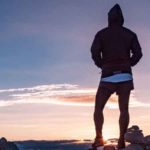 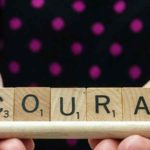 Encouraging Quotes To Help You Strive