I am honoured to be with you today at your commencement from one of the finest universities in the world. I never graduated from college. Truth be told, this is the closest I’ve ever gotten to a college graduation. Today I want to tell you three stories from my life. That’s it. No big deal. Just three stories.

I dropped out of Reed College  after the first six months, but then stayed around as a drop-in for another 18 months or so before I really quit. So why did I drop out?

Again, you can’t connect the dots looking forward; you can only connect them looking backwards. So you have to trust that the dots will somehow connect in your future.

You have to trust in something – your gut, destiny, life, karma, whatever. This approach has never let me down, and it has made all the difference in my life. 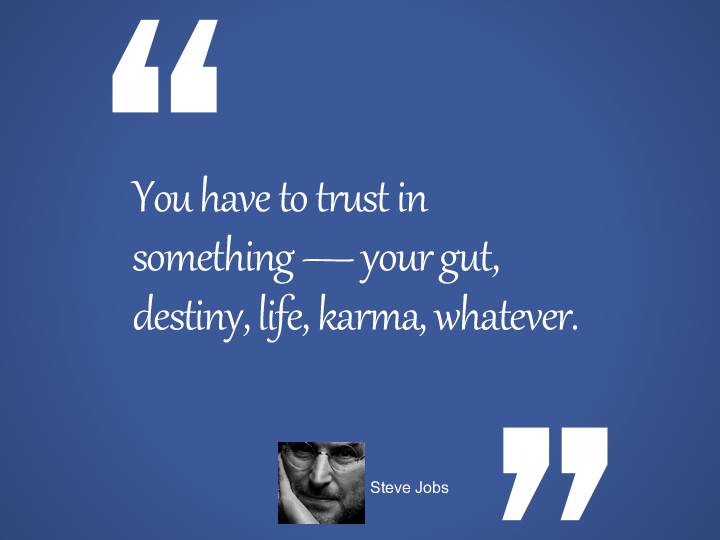 As Apple grew we hired someone who I thought was very talented to run the company with me and for the first year or so things went well. But then our visions of the future began to diverge and eventually we had a falling-out. When we did, our board of directors sided with him. So at 30 I was out. And very publicly out. What had been the focus of my entire adult life was gone, and it was devastating.

The turn of events at Apple had not changed that one bit. I had been rejected, but I was still in love. And so I decided to start over. I didn’t see it then, but it turned out that getting fired from Apple was the best thing that could have ever happened to me. The heaviness of being successful was replaced by the lightness of being a beginner again, less sure about everything. It freed me to enter one of the most creative periods of my life.

When I was 17, I read a quote that went something like: “If you live each day as if it was your last, some day you’ll most certainly be right.” It made an impression on me, and since then, for the past 33 years, I have looked in the mirror every morning and asked myself: “If today were the last day of my life, would I want to do what I am about to do today?” And whenever the answer has been “no” for too many days in a row, I know I need to change something.

This was the closest I’ve been to facing death, and I hope it’s the closest I get for a few more decades. Having lived through it, I can now say this to you with a bit more certainty than when death was a useful, but purely intellectual, concept.

Your time is limited, so don’t waste it living someone else’s life. Don’t be trapped by dogma – which is living with the results of other people’s thinking. Don’t let the noise of others’ opinions drown out your own inner voice. And, most important, have the courage to follow your heart and intuition. They somehow already know what you truly want to become. Everything else is secondary.

When I was young, there was an amazing publication called the Whole Earth Catalog, which was one of the bibles of my generation. It was created by a fellow named Stewart Brand not far from here in Menlo Park, and he brought it to life with his poetic touch. This was in the late 1960s, before personal computers and desktop publishing, so it was all made with typewriters, scissors and Polaroid cameras. It was sort of like Google in paperback form, 35 years before Google came along: it was idealistic, and overflowing with neat tools and great notions.

And I have always wished that for myself. And now, as you graduate to begin anew, I wish that for you. Stay hungry. Stay foolish. 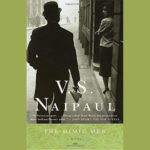